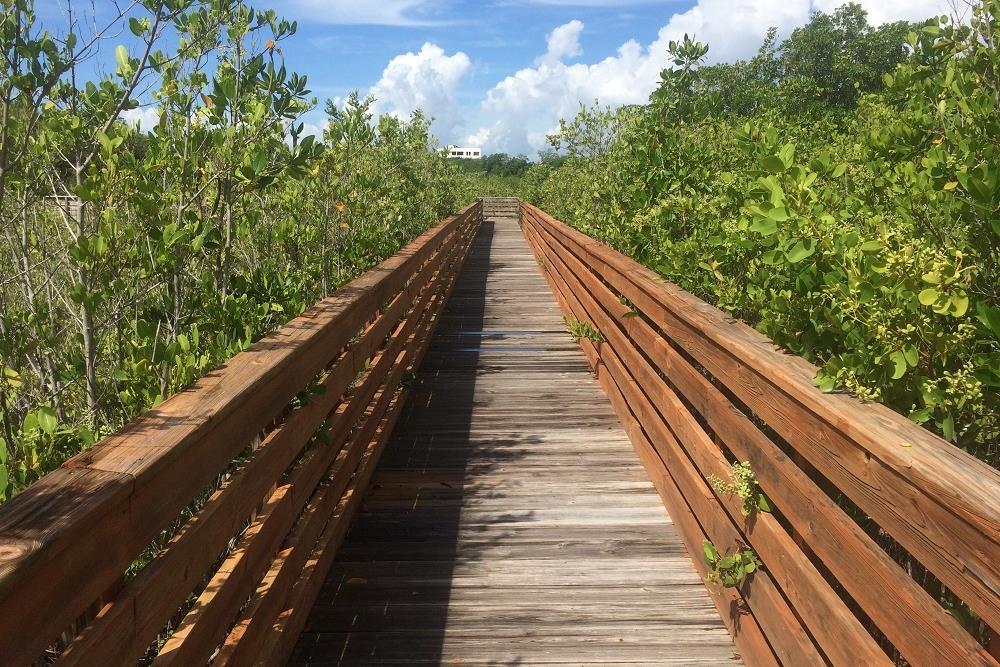 Pathway back in time. Courtesy of Charlie Weyman. 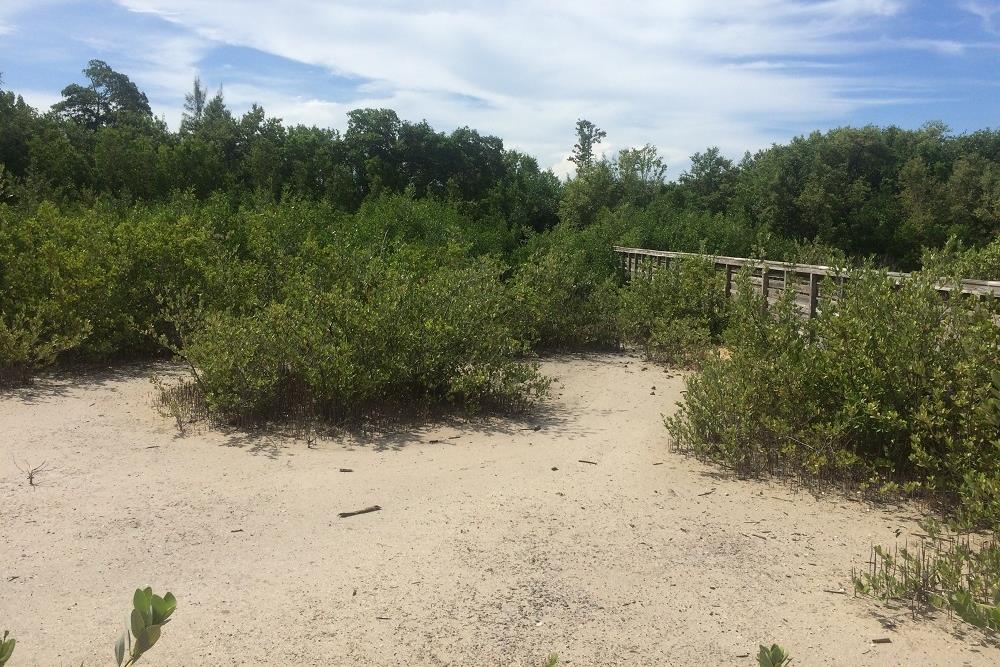 Turn back time to before mankind came to Virginia Key and see a Mangrove Ecosystem.

The wetland boardwalk provides a look at a type of flora particular to South Florida, the Red Mangrove and the Black Mangrove tree. Both grow in copious amounts. If you look closely along the shallow water beds you'll see schools of Tiger Minnow swimming throughout the mangroves. You may also spot the Great Blue Heron, the largest Heron in North America. Known for its distinct slate blue feathers, the Great Blue Heron typically feeds on small fish and crustaceans. The Seminole Indians also played a role in the history of Virginia Key. Many Seminoles were forced to move out of North Florida by the United States Army. According to local legend, three Seminole warriors were killed on the island of Virginia Key during a battle between warring factions of the tribe.