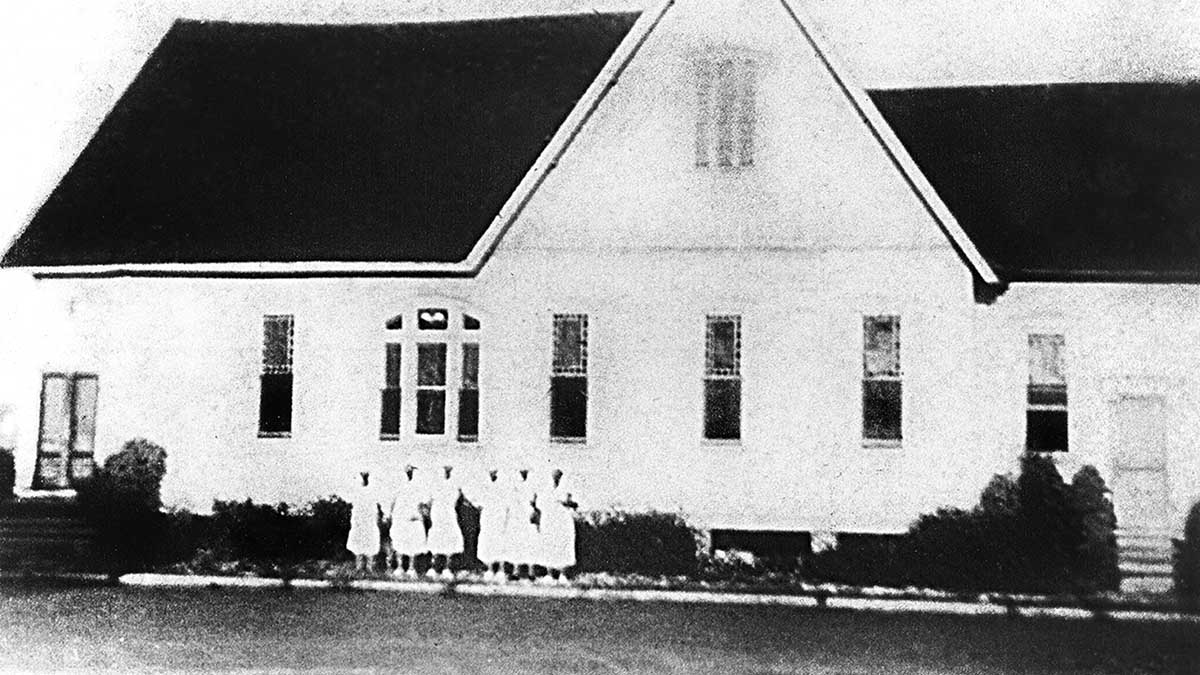 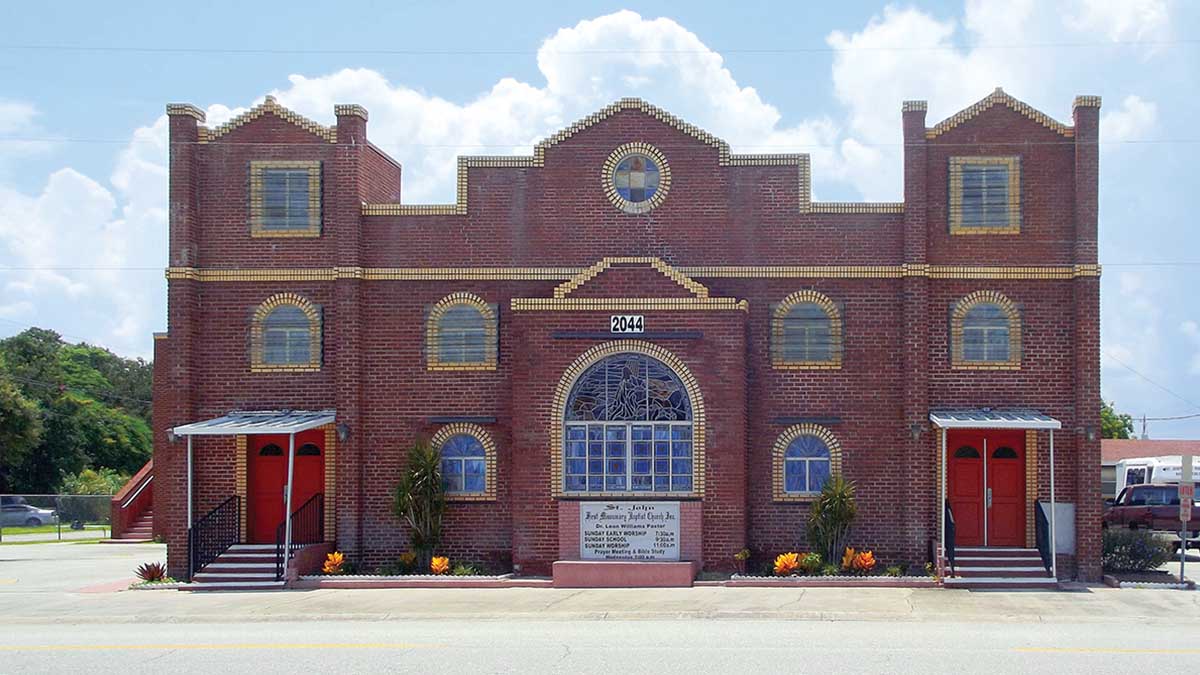 The sanctuary was originally an Army air field chapel

The St. John First Missionary Baptist Church congregation grew from humble beginnings in March 1898. One of their early church buildings was a house located on two lots on Evans Avenue. The two-story church building you are viewing today was originally a World War II chapel for aerial gunners and gunnery instructors training at Buckingham Army Air Field, just 10 miles east of Fort Myers. When the air field closed after the war, the church purchased the building in the early 1950s, moved it to its present location, and was encased with red bricks from Macon, Georgia. St John was one of the area’s churches actively involved in organizing Civil Rights protests and demonstrations during the height of Segregation in the 1960s.