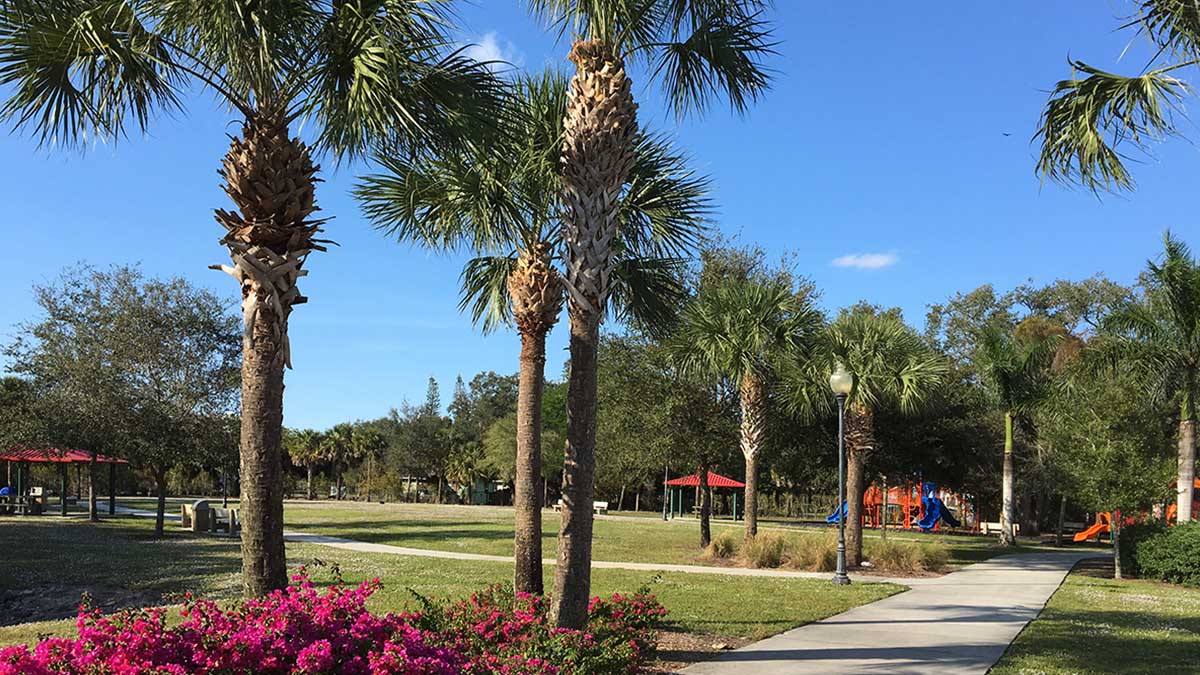 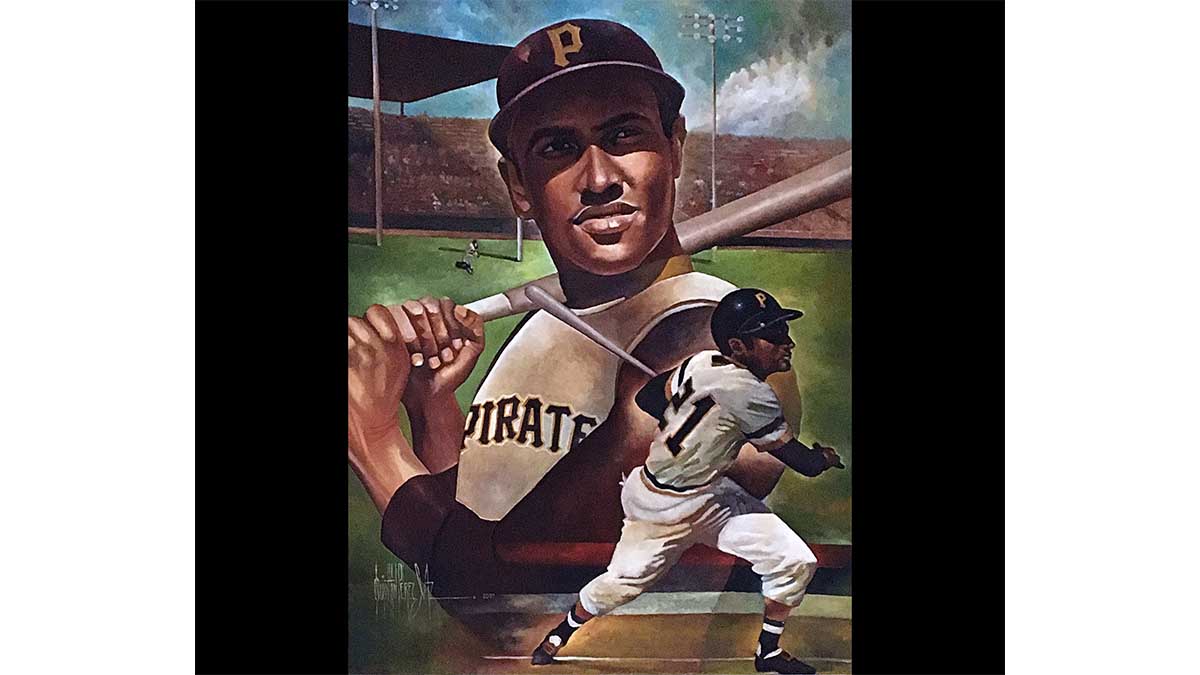 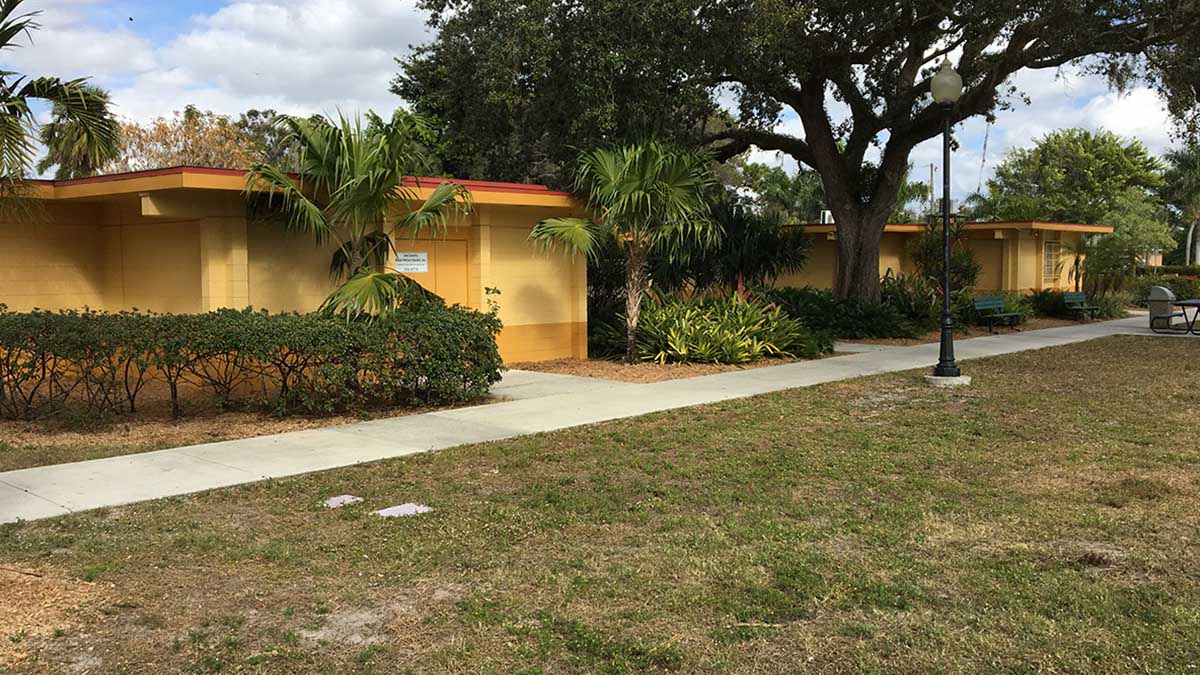 The two buildings were formerly used as a nursing home 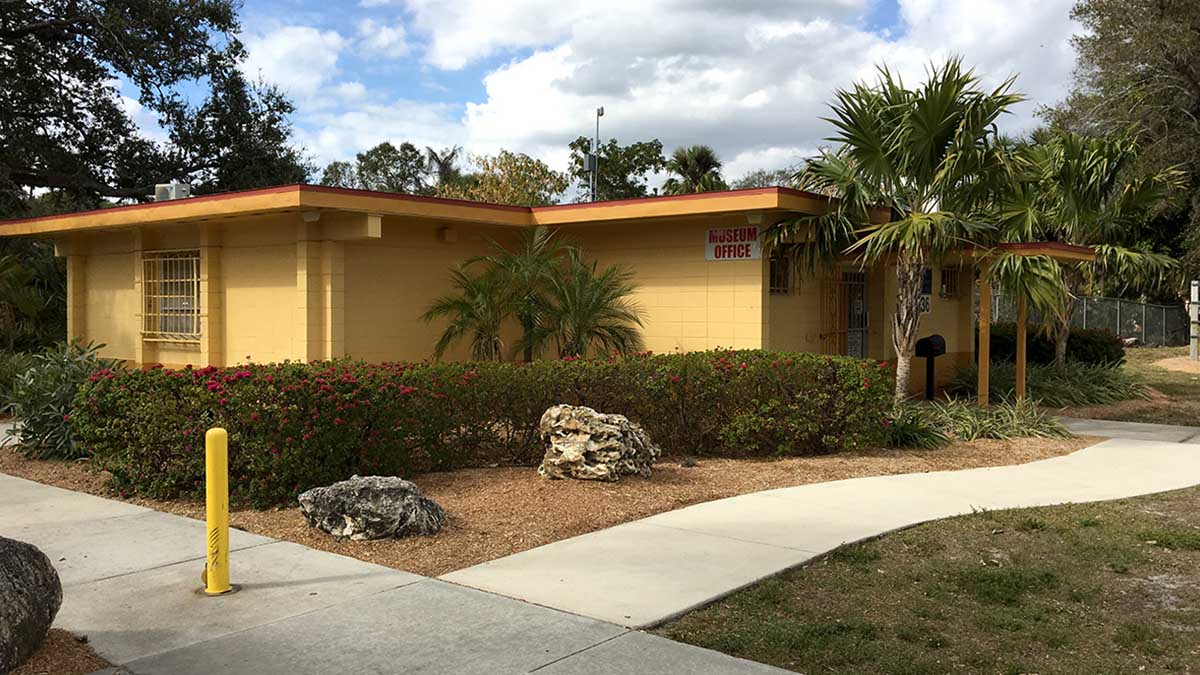 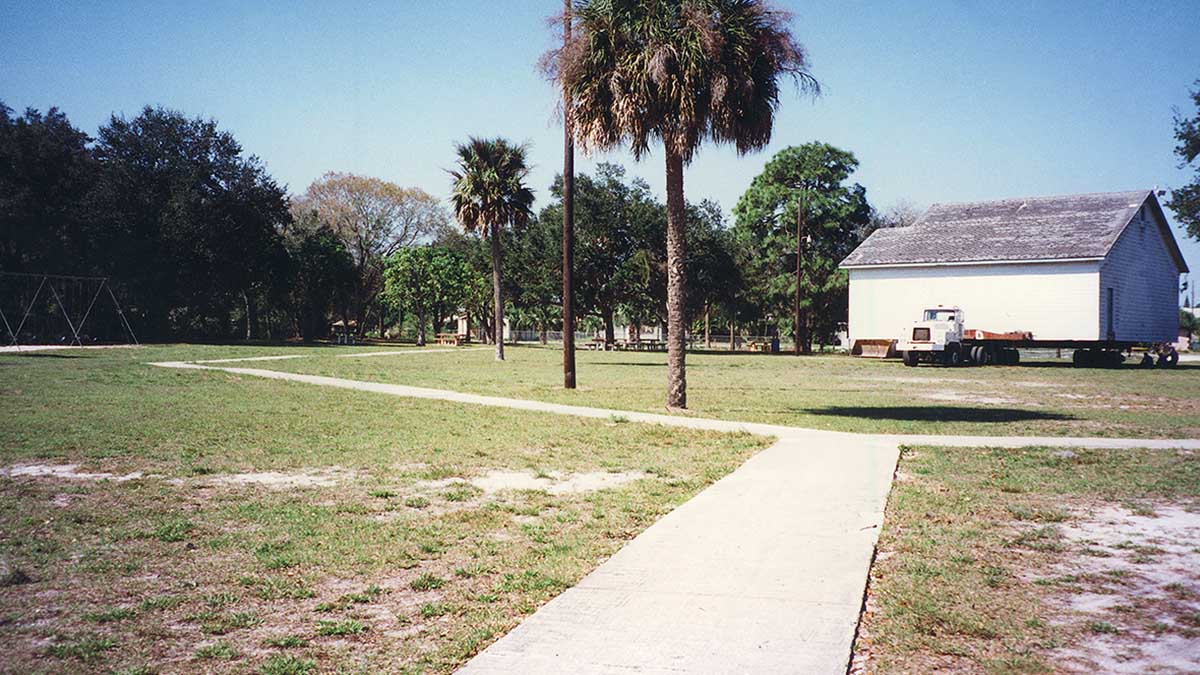 The Williams Academy building was moved to the park 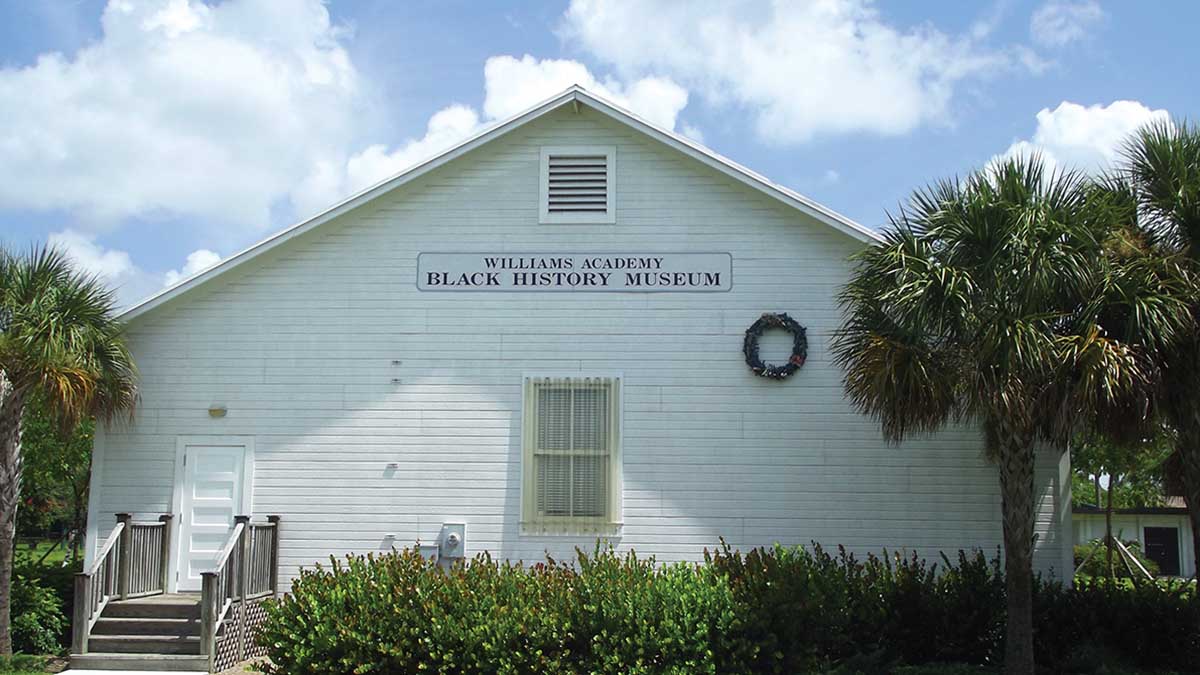 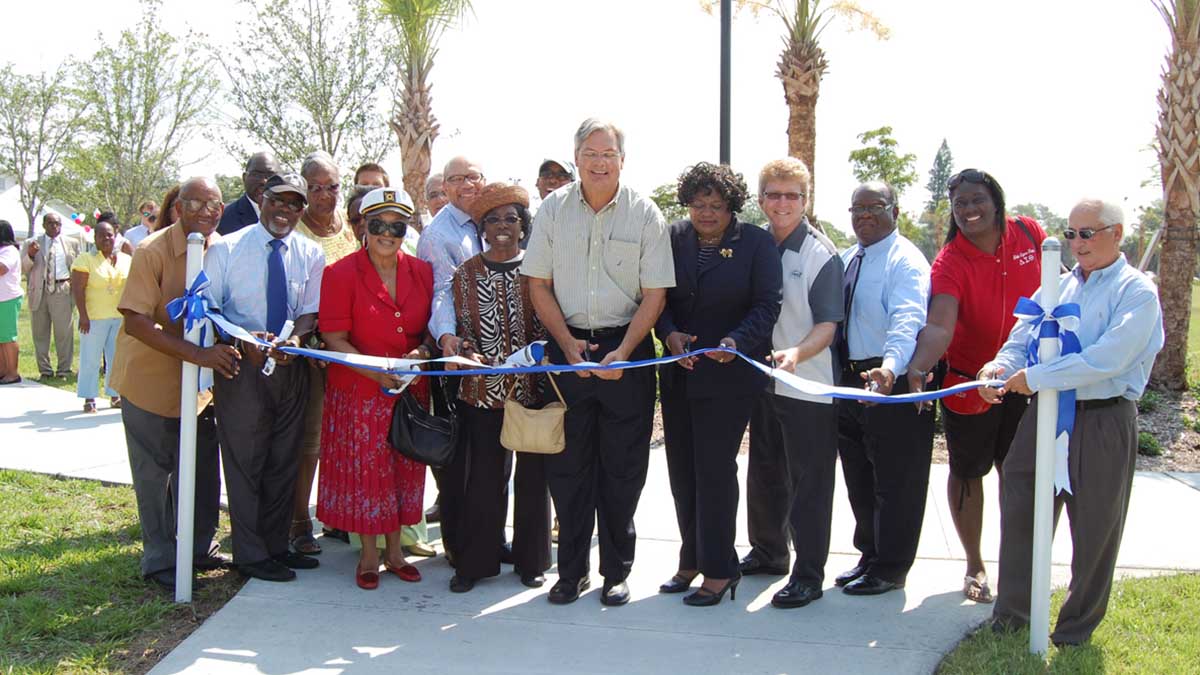 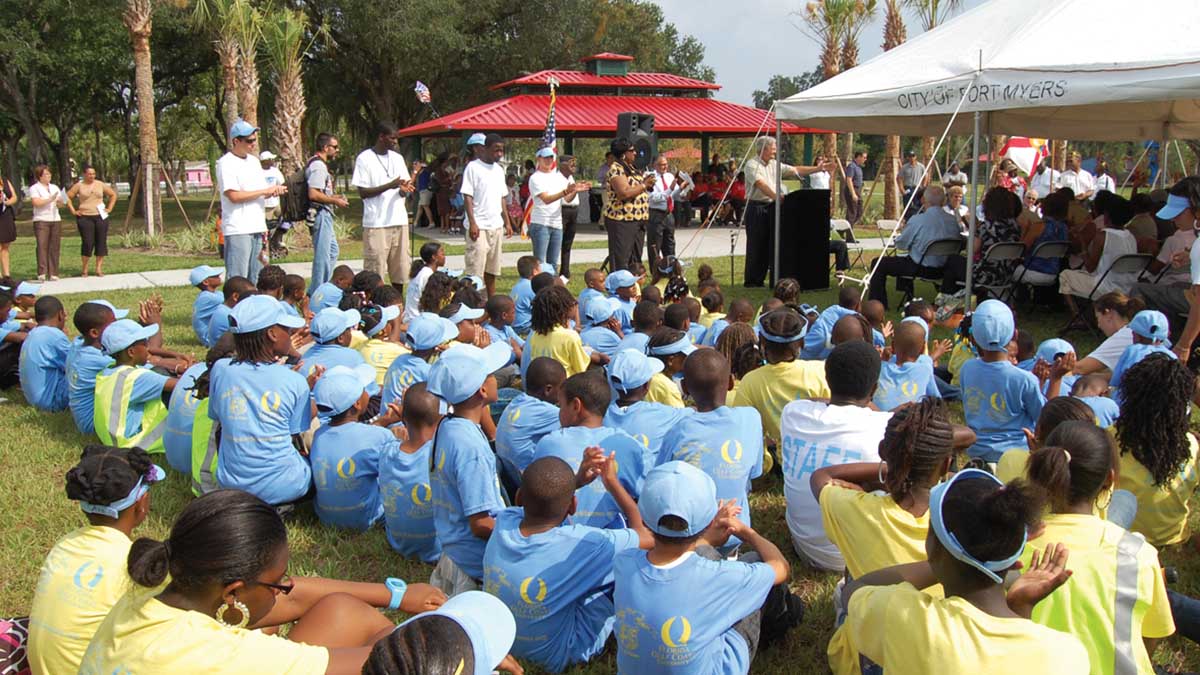 The 2011 expansion celebrated by the Dunbar community 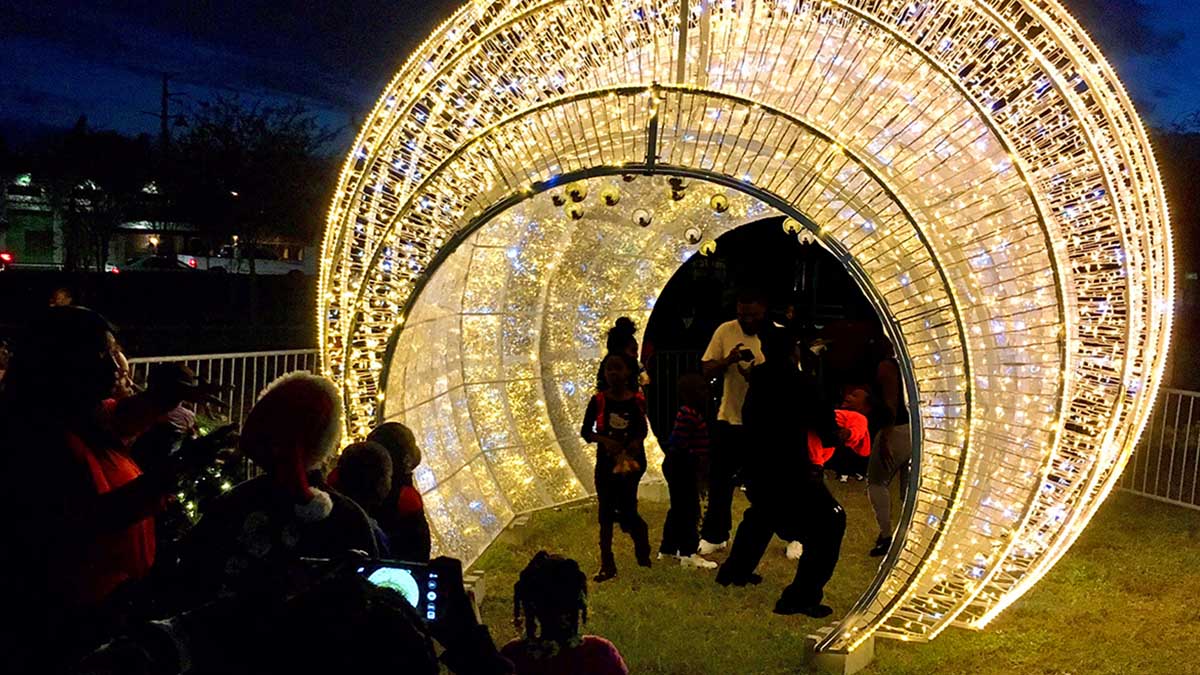 Interactive light sculpture at “Holiday in the Park”

Named for a famous athlete, the park has a surprising history and holds a museum

Named after Baseball Hall of Fame right fielder and humanitarian Roberto Clemente, this property wasn’t always a park. In 1950, its buildings were the Rest Haven Nursing Home, a residence for black senior citizens. After the nursing home closed in 1972, the property was used as a counselling and recreation center, as well as a food bank. In 1974, it became the Dunbar Jupiter Hammon Public Library. Over 3,000 volumes were collected, making it the most complete library of black history in Southwest Florida. In 1994, Lee County decided to move Dunbar Jupiter Hammon Public Library to a new building on Blount Street, and the Lee County Black History Society, Inc., reached an agreement to rent the buildings from Lee County as a permanent location for their business office, meeting room, and for storage. Discovering that the Lee County School District planned to demolish the old band building on the site where the new library would be built, which turned out to be the historically-significant 1942 addition to the Williams Academy building, the Black History Society acquired the Williams Academy building and moved it to its present location in Roberto Clemente Park. It was turned into a museum called the Williams Academy Black History Museum. After the City of Fort Myers annexed the park from Lee County, in 2008 the City expanded the park to 10 acres, and in 2011 it was renovated to include public art, walking trails, beautiful landscaping, and picnic tables. Special community events such as Juneteenth (which replaced the Mancipation Day Celebration), Holiday in the Park, and Black History Month are celebrated in the park.