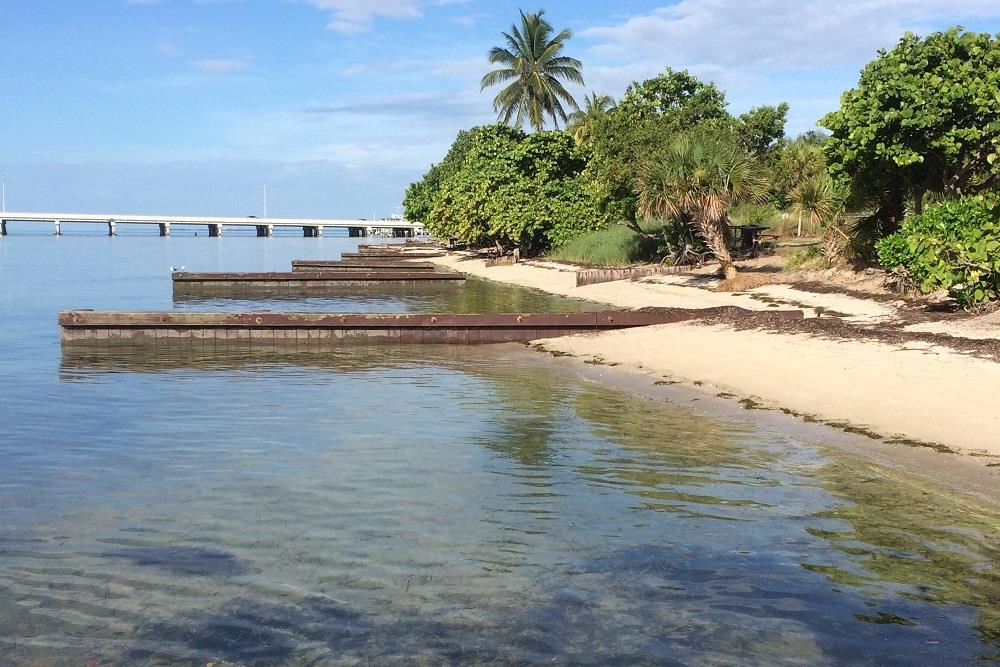 View of the shoreline and bridge to Key Biscayne. Courtesy of Charlie Weyman. 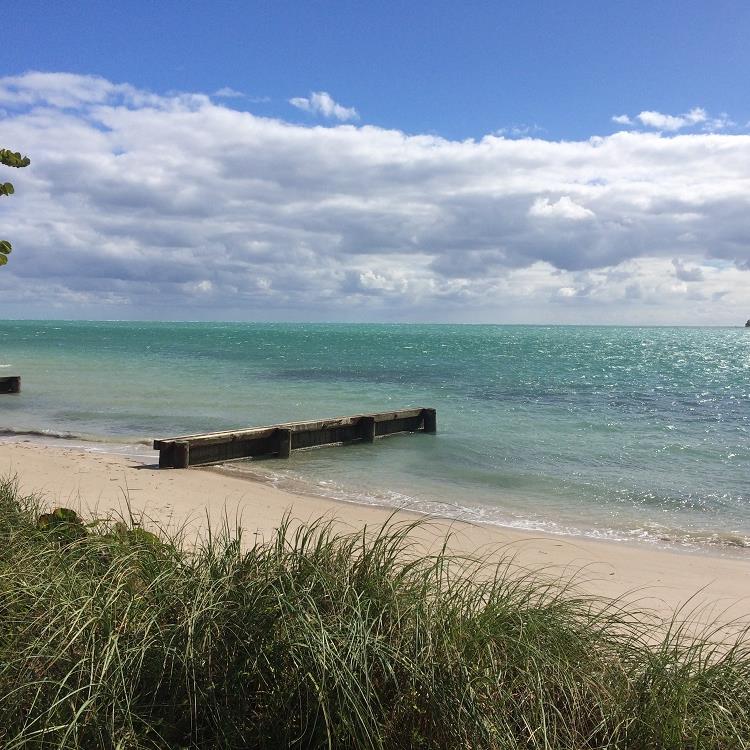 Dune-side view of the Historic Beach. Courtesy of Charlie Weyman.

The Historic Beach provides tranquil and scenic views with a natural shoreline.

During World War II, the island of Virginia Key was used as a military training base for African American soldiers. The white soldiers were stationed at Crandon Beach and Miami Beach. The famous African American fighter squadron, The Red Tails, also held training sessions here. Judge Lawson Thomas, the first African American judge since reconstruction, played a large part in the creation of Virginia Key Beach. Mr. Thomas took part in a series of protests called “wade-ins” at nearby Baker's Haulover Beach. Through the efforts of Mr. Thomas, Rev. Theodore Gibson, Dr. John O. Brown and Ira P. Davis, Virginia Key Beach became the first official beach in Miami Dade County for African Americans and other people of color. Before 1947 there was no bridge between mainland Miami and Overtown, where African-Americans lived, and Virginia Key Beach, so residents had to catch a boat from the Miami River at 7th Ave. Boats would travel from the river to Bear Cut, where beach-goers would disembark. Offshore currents eroded the historic beach until he installation of the wooden groins in the 1950s. The groins that remain today are more for aesthetic value to show patrons what the beach looked like back in the 1950’s