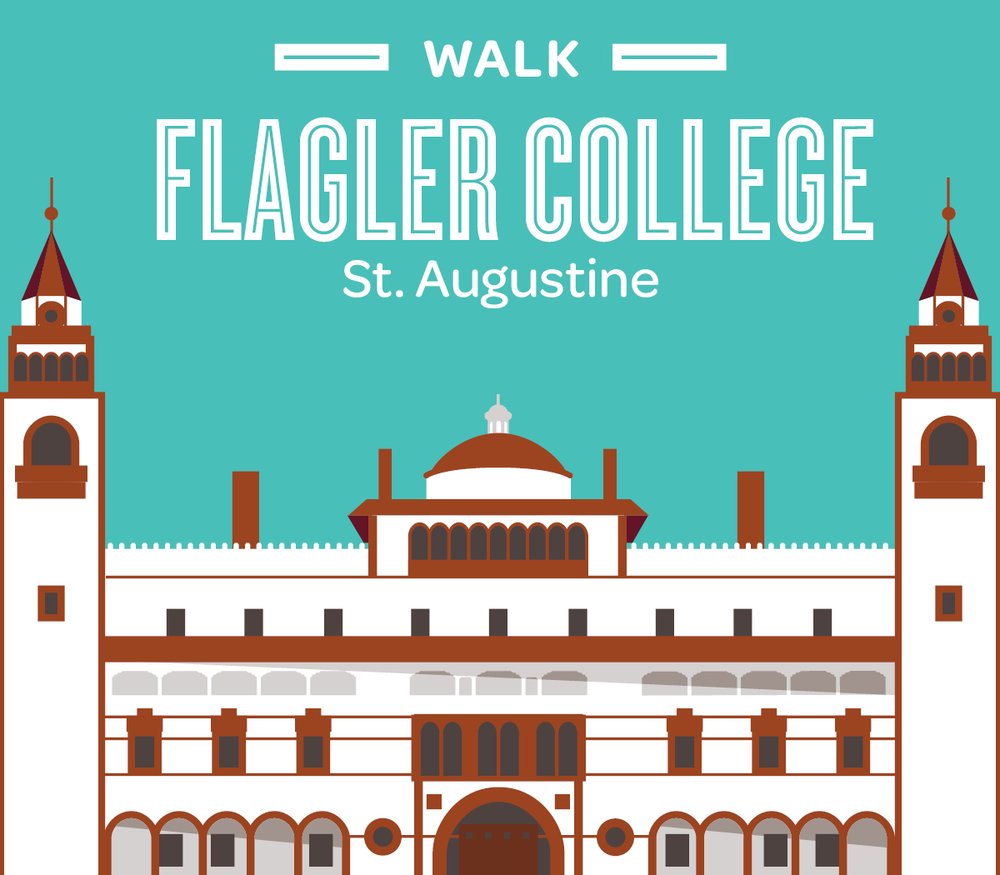 In 2018-2019, Flagler College celebrates fifty years with a campus that is recognized as one of the most beautiful in the United States and the world.

In 1968, at the founding of Flagler College, the campus consisted of Henry Flagler’s Hotel Ponce de Leon, and Dr. Andrew Anderson’s Markland estate. The two adjoining properties share historical and geographical connections in the heart of downtown St. Augustine.

In the fifty years since the founding of Flagler College, the campus has grown to embrace an additional twelve historic buildings and added several new structures that reflect either St. Augustine’s Spanish colonial or the city’s Gilded Age heritage.

To celebrate this 50th Golden Anniversary, Flagler College shares the history of the college through an exhibition that includes this Florida Stories smart phone app. Come and enjoy the campus during this anniversary year.

For directions to Stop One on the Florida Stories, Walk: Flagler College tour click the button below.

Plan your stay in

This project is sponsored in part by the Department of State, Division of Historical Resources and the State of Florida.

Thanks to students in Dr. Leslee Keys’s “Historic St. Augustine” class, Fall 2017, for their research that provided the background for the tour stops: