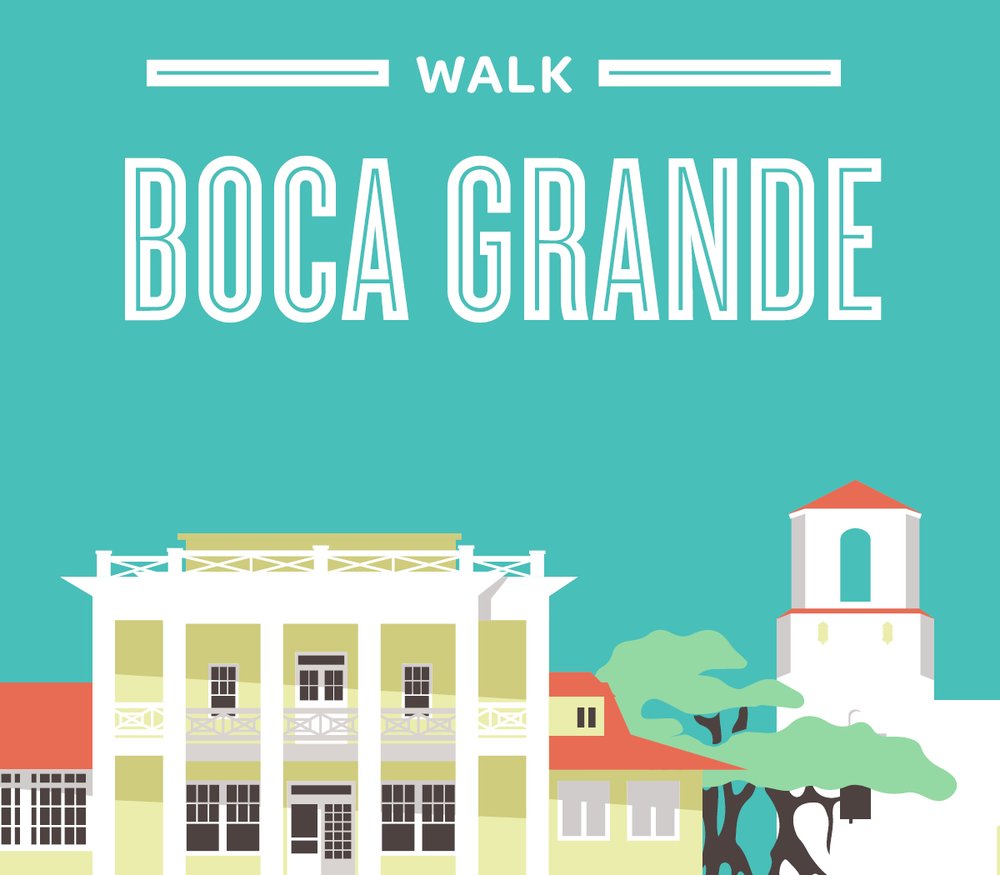 Boca Grande is unlike most of the islands in Charlotte Harbor because early in the twentieth century, it developed as an international port and a railroad town. This industrialization and commercialization provided jobs, made it a tourist destination and provided greater opportunities for commercial and sport fishing.

Walk Boca Grande takes you from the Community Center (originally the Island School) to Our Lady of Mercy Catholic Church, an architectural jewel, through the historic town to the railroad depot and the Gasparilla Inn. The return trip walks down Gilchrist Avenue named for an early developer of the island and a Florida governor. Gilchrist was the home of many of Boca Grande’s wealthy winter visitors and the location of several churches.

At Banyan Street you’ll see these stately trees and learn their origin. The final stop is the Boca Grande History Center (adjacent to the Art Center and Boca Bargains) where the current exhibit details the impact of the railroad on the island. The History Center is open Monday – Saturday, 10 a.m. – 4 p.m. during the season and for somewhat reduced hours in the summer.

Some locations that are not part of Walk Boca Grande but are interesting are the Boca Grande Lighthouse, Whidden’s Marina and the Johann Fust Library. These are reachable by bike, car or golf cart. Personnel at the History Center will be happy to direct you to these.